In the East African Court of Justice at Arusha

Sometime in June, 2015, the Respondent advertised for interested persons to apply for the position of the Registrar of the East African Court of Justice. The Applicant duly applied for the position on July 6, 2015, was shortlisted and invited for an interview on September 28, 2015 at 14:15 hours at the offices of the Ministry of East African Community Affairs in Bujumbura. The invitation was dated September 23, 2015. The Applicant was also directed by an e-mail of the same date sent by the Respondent’s agent M/S Deloitte Consulting Ltd of Dar es Salaam, Tanzania (Deloitte) that she was to make her own travel and accommodation arrangements prior to the interview and that her expenses would be reimbursed if need be. The Applicant then wrote an email to Deloitte on September 24, 2015 at 10:37 am and stated that she was unable to travel to Bujumbura as requested and that she should be granted a special dispensation to attend the interview at Arusha since she had been informed that the interview panel would be seated at the EAC headquarters using teleconference services.

On September 25, 2015 Deloitte wrote to her and stated that the directive of the relevant authority was that each candidate would be interviewed in their country of origin and she was requested to give reasons why she wanted a special dispensation and she responded at 11.36 a.m on the same day by stating that her daughter was sick and her health status did not allow her neither to travel with her nor leave Arusha because she had no one to assist her during her absence. At 13.56 hrs the same day she was requested to give proof that her child was hospitalized before the relevant decision makers could seek consideration in regard to her request. She sent a single document from AAR health services at 9.02 am on September 26, 2015 in answer thereto and on September 28, 2015(the day of the interview) she sent a reminder at 8.23 am. Deloitte responded at 9.17 am and stated that the relevant decision makers had not yet communicated their decision to it.

On the same day at 11.07 a.m an email was sent to the Applicant forwarding the decision of the Deputy Secretary General in charge of Finance and Administration at the EAC Secretariat to the effect that: a candidate for the aforesaid interview could only be interviewed by video conferencing at his or her country of origin, that the Applicant’s child was not admitted to any hospital and that the document presented indicated that the child was to return to hospital after one week for observation, that to grant all candidates a level playing field, all of them ought to have been interviewed via video conferencing at the ministries responsible for EAC affairs in their respective partner states.

At 14:14 hours, five minutes before the interview was to start, the Applicant protested at the decision and reiterated that she was unable to travel to Bujumbura on account of having a sick child

(i) Whether the secretariat could be sued in its own name.

(ii) Whether the Respondent abused his administrative powers by communicating the decision rejecting the request of dispensation, just one hour before the interview time on the following Monday contrary to article, 71(h) of the Treaty.

(iii) Whether the Respondent breached the provision of regulation 20(7) of the EAC Staff Rules and Regulations, 2006 by requesting the Applicant to find her own means of travel and accommodation expenses contrary to article, 6(d) of the Treaty.

(iv) Whether the respondent’s decision not to grant the applicant a special dispensation regarding the place of interview was a breach of the principles of social justice, equal opportunities and gender equity

International law – East African Community – the secretariat – functions of the secretariat – whether the respondent abused his administrative powers by communicating the decision rejecting the request of dispensation, which he received on a Saturday and responded to just one hour before the interview time on the following Monday – Treaty For The Establishment of The East African Community, article 71(h)

International human rights law – right to social justice, equal opportunity, gender equality and equal representation – whether the respondent’s decision not to grant the applicant a special dispensation regarding the place of interview was a breach of the principles of social justice, equal opportunities and gender equity- Whether the applicant was discriminated on account of her gender and of being a mother- Treaty For The Establishment of The East African Community, article 6 (d), (e) & (f)

1. In this Treaty, except where the context otherwise requires –

Article 4 – Legal Capacity of the Community

Article 6 – Fundamental Principles of The Community

The fundamental principles that shall govern the achievement of the objectives of the Community by the Partner States shall include:

(d) good governance including adherence to the principles of democracy, the  rule of law, account ability, transparency, social justice, equal opportunities, gender equality, a s well a s the recognition, promotion and protection of human and peoples rights in accordance with the provisions of the African Charter on Human and Peoples’ Rights;

(e) equitable distribution of benefits; and

Article 9 – Establishment of the Organs and Institutions of the Community

1. There are hereby established as organs of the Community:

Article 66 – Establishment of the Secretariat

The Secretariat shall be the executive organ of the Community.

There shall be the following offices in the service of the Community:

(c)Counsel to the Community; and

(d)such other offices as may be deemed necessary by the Council.

(a)be the head of the Secretariat;

(b)be the Accounting Officer of the Community;

(c)be the Secretary of the Summit; and

(d)carry out such other duties a s a re confer red upon him by this Treaty or by the Council from time to time.

4. The Secretary General shall serve a fixed five year term.

5. The terms and conditions of service of the Secretary Genera l shall be determined by the Council and approved by the Summit.

Article 70 – Other Officers and Staff of the Secretariat

Article 71 – Functions of the Secretariat

1. The Secretariat shall be responsible for:

(a) initiating, receiving and submitting recommendations to the Council, and forwarding of Bills to the Assembly through the Coordination Committee;

(b) the initiation of studies and research related to, and the implementation of, programmes for the most appropriate, expeditious and efficient ways of achieving the objectives of the Community;

(c) the strategic planning, management and monitoring of programmes for the development of the Community;

(d)  the under taking either on its own initiative or otherwise, of such investigations, collection of information, or verification of matters relating to any matter affecting the Community that appears to it to merit examination;

(e)  the co-ordination and harmonisation of the policies and strategies relating to the development of the Community through the Coordination Committee;

(f) the genera l promotion and dissemination of information on the Community to the stakeholder s, the genera l public and the international community;

(g)  the submission of reports on the activities of the Community to the Council through the Co-ordination Committee;

(h) the general administration and financial management of the Community;

(i) the mobilisation of funds from development partner s and other sources for the implementation of projects of the Community;

(j) subject to the provisions of this Treaty, the submission of the budget of the Community to the Council for its consideration;

(k) proposing draft agenda for the meetings of the organs of the Community other than the Court and the Assembly;

(l) the implementation of the decisions of the Summit and the Council;

(m) the organisation and the keeping of records of meetings of the institutions of the Community other than those of the Court and the Assembly;

(n) the custody of the property of the Community;

(o)  the establishment of practical working relations with the Court and the Assembly; and

(p) such other matters that may be provided for under this Treaty.

The East African Court of Justice Rules of Procedure 2013

(1)   Costs in any proceedings shall follow the event Costs unless the Court shall for good reasons otherwise order.

(2)   If it appears to Court that costs have been incurred improperly or  without reasonable cause by reason of any misconduct or default of  the party and or advocate, the Court may call on the advocate by whom such costs have been so incurred to show cause why such costs should not be borne by the advocate personally, and thereupon may make such order as the justice of the case requires.

1. The foremost consideration in the appointment of staff shall be the need to secure the highest standards of efficiency, technical competence, professionalism and integrity. 2. No recruitment shall be undertaken unless an approved vacancy exists in the establishment of the Community and for which financial provision has been made. 3. All vacancies with the exception of the posts of Secretary General and the Deputy Secretaries General shall be advertised in the major circulating newspapers in the  Partner States, including use of electronic media. 4. The advertisement(s) shall state the level of the position, required qualifications as well as position specifications and terms and conditions of service. 5. All members of staff shall be nationals of the East African Community. 6. Selection of Staff to fill vacancies shall be transparent, fair and equitable and will be based on the set requirements for each post. 7. The Community shall pay travel and accommodation expenses for the short listed candidates for the posts advertised. 8. Recruitment of Staff of the Community shall as far as possible, be reflective of equal representation of the Partner States. 9. The marriage of one member of staff to another shall not affect the contractual status of either spouse, provided each shall not be assigned to serve in a post which is immediately superior or subordinate in the hierarchy of authority to the spouse. 10. A member of staff shall disqualify himself or herself from participating in the process of reviewing an administrative decision affecting his or her relative or his or her spouse. 11. No candidate above the age of 55 will be considered for employment in the Community under the Professional and General Staff Category. 12. In the recruitment of Staff, gender balance shall be taken into account. 13. All appointments to the Community shall be in writing.

For the wellbeing within society.
Our Vision 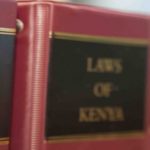 Managing human interactions to facilitate amicable and judicious interventions in order to enhance the well being within society.
Mission Statement 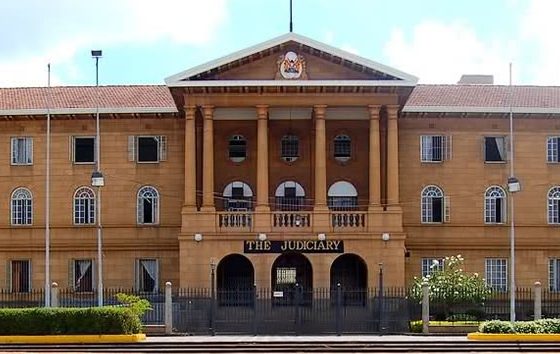